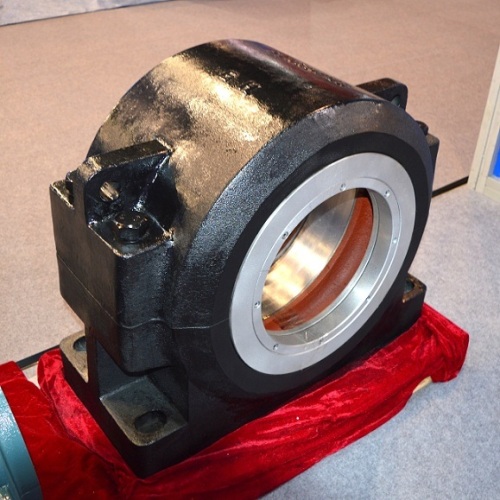 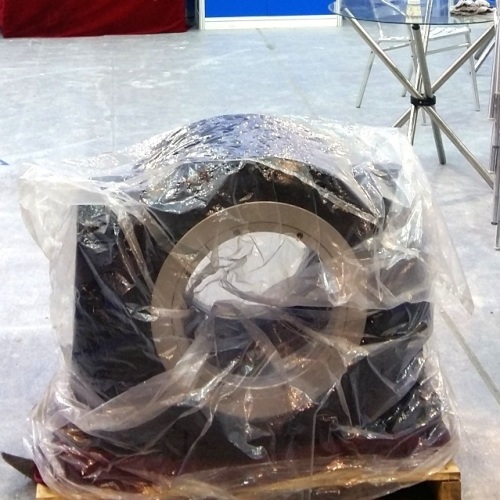 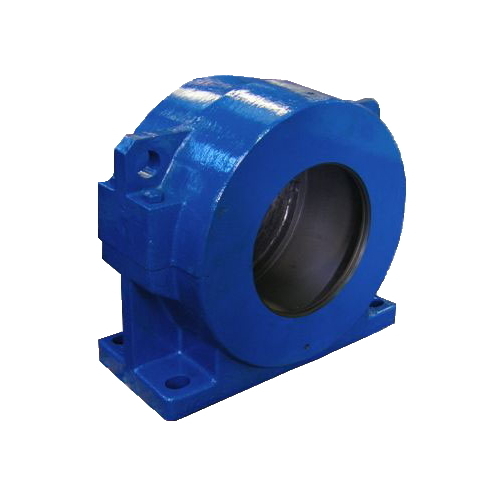 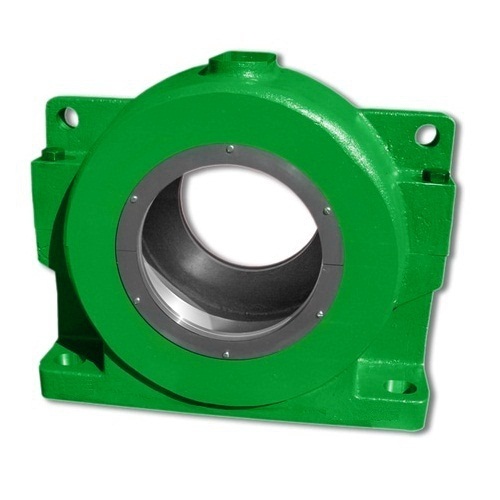 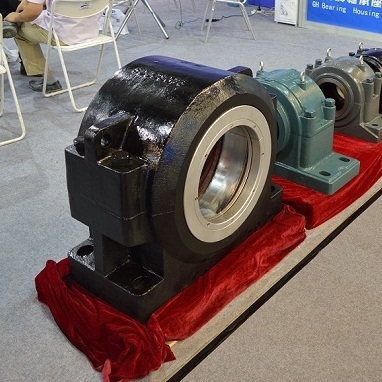 A Plummer Block, also known as Split Type Bearing Housing, consists of a cast iron Block Base, gunmetal bearing bottom & top halves, a cast iron cap and two mild steel bolts. It is made in two halves to provide easy placing and removal of the shaft in and from bearing. The split bottom & top halves give advantage to overcome wear as these can be easily replaced. The bolt holes in the block base are made longer with semi-circular ends for adjusting the position of the bearing.

SDJ housings are split plummer blocks suitable for spherical roller bearing of 231 series on adapter sleeve, however it is possible to modify the housings to accommodate bearings of other series. SDJ housings can be supplied with end cover for closed shaft application.They are available for locating and non locating bearing arrangement. SDJ housings are designed for grease lubrication.

SDJ Bearing Housings are large split Housings with shorter feet length than standard bearing housings. With a central web, the deisgn of these Housings make them extremely strong. This Bearing Housing has one oil well inside to capture and drain any excess oil. 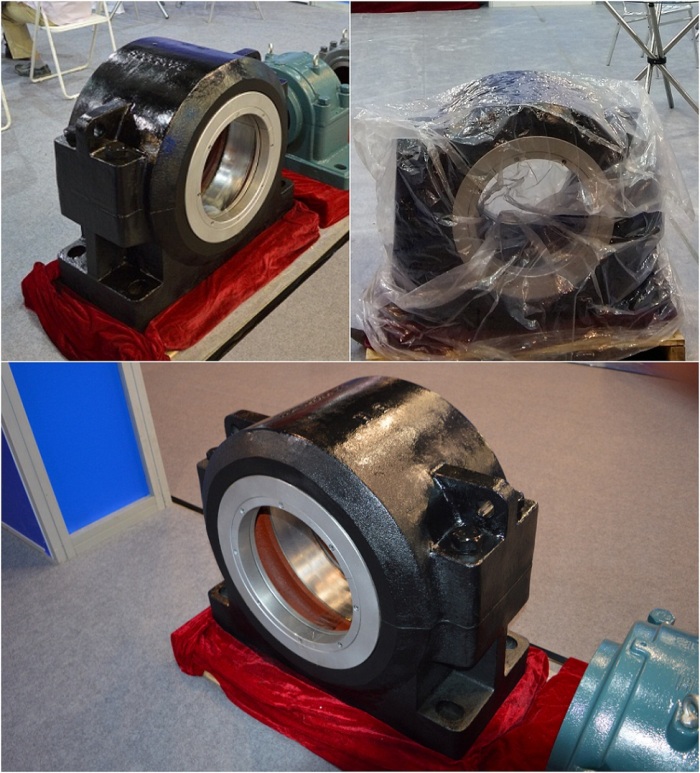